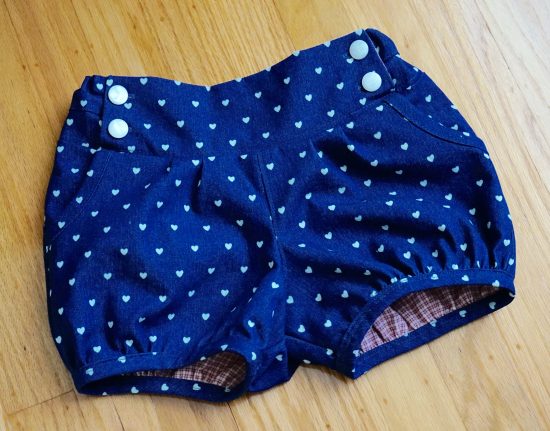 Here I told myself I wasn’t going to join tons of sew alongs this year, and I seem to be jumping into all of them!  I really couldn’t pass up the Berry Bubble Shorts Sew Along though.  These shorts have an adorable vintage appeal to me, and I can’t help but picture them with tights and little black boots! 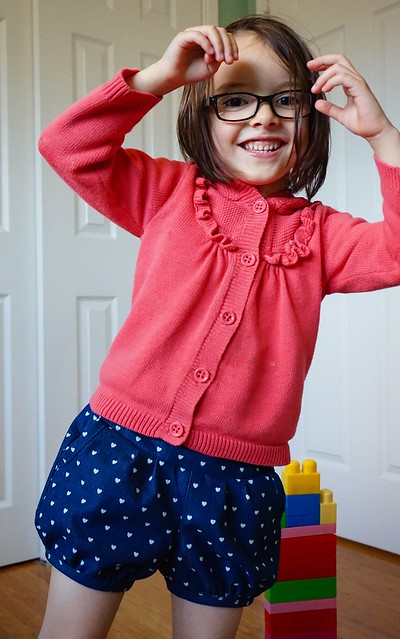 I’ve had this lightweight hearts denim since last year.  My mom picked it up at JoAnn’s for the girls, and I just couldn’t figure out what I wanted to make with it.  It has a little stretch too.  They’re perfect for these shorts though!  Those sweet little hearts! 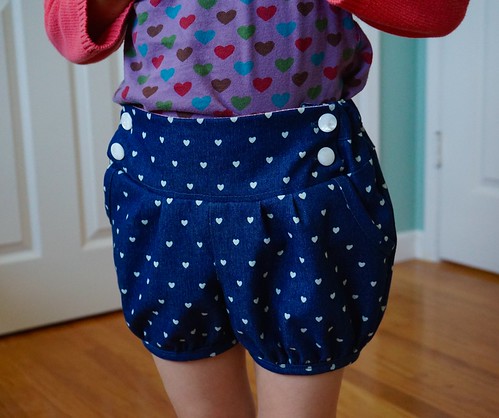 I must say that the pattern fitting is spot on.  I used size 3-4 for my skinny thing, as her waist is 19″, but I didn’t add any length even though she’s 42″ tall.  I did follow along with the sew along directions though, and I didn’t use the pattern directions at all for anything other than notions and sizing.  The sew along was broken down into 5 days, totally doable, and the pictures and directions there were great. 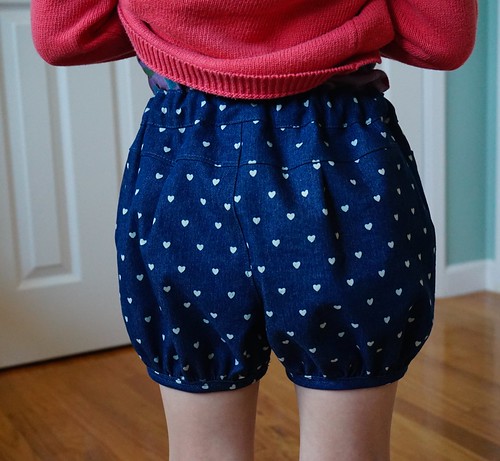 I did the band at the bottom for maximum poof, but I did have some concern about whether or not her leg would be comfortable with the band.  She has been known to have sensory issues with tags and fabric bunching.  Also, I was worried the band might be too restricting for her; the girl is always running and climbing. 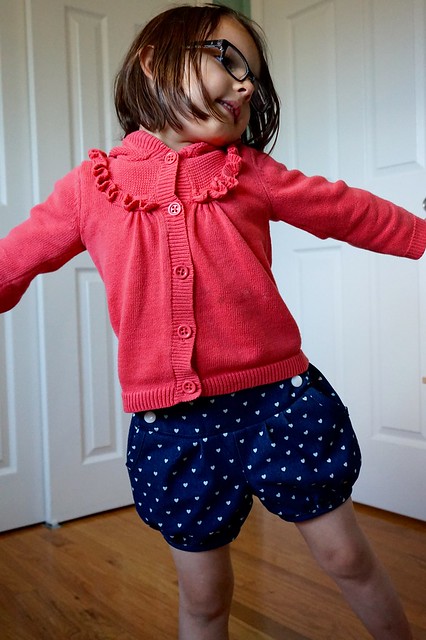 I’m happy that none of these were realized though, and they fit very comfortably!  You can’t really see them well in the pictures, but the buttons are vintage pearl buttons that were my great grandmother’s.  They’re beautiful in person. 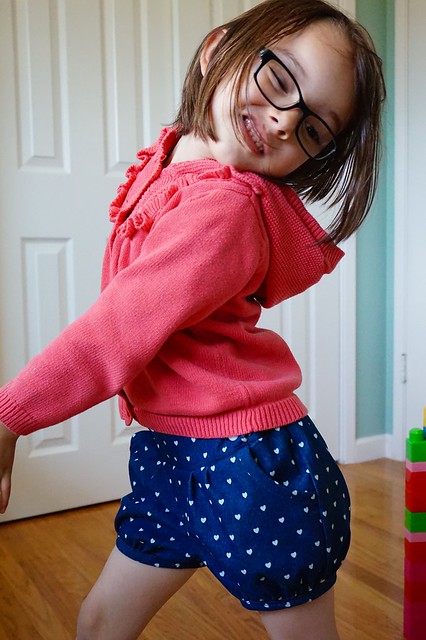 Working it!  This makes me laugh!!!  You can see sissy had to put her lego building in the picture…”You have to take a picture of this mama!”. 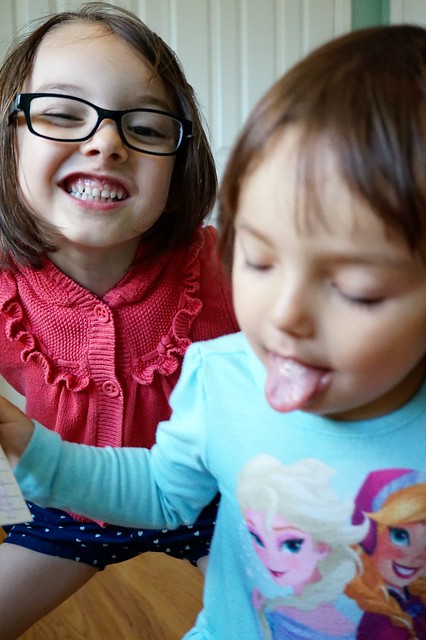 And where things start falling apart…

The only sewing part I wasn’t crazy about was stitching down the waistband at the end, after the elastic is sewn in.  My machine was not liking the pulling, and I kept poking myself with my needles.  This also could’ve been because I was doing this at the end of a long day too.  Who knows, but I’ve thought of a different way to do this next time, so I’ll try it out.  I have to make a pair for the little one, and I have the cutest blue piggy corduroy fabric!

As for the Out Fit Along (OAL16), I’m making progress on my knitting part; I’m making Zinone.  I already screwed it up and had to frog it, but it was at the beginning.  That always seems inevitable though as I’m getting used to a knitting pattern.  I really rely on those life lines though!  I’ve been told it’s ok to make a mistake, it can be fixed.  Maybe I’m just not there yet in my knitting skills, but that seems impossible in a lace pattern, so I’m clinging to my life lines.

How about you?  Do you like participating in sew or knit alongs?  Are you doing any now?  Aren’t they so satisfying?!