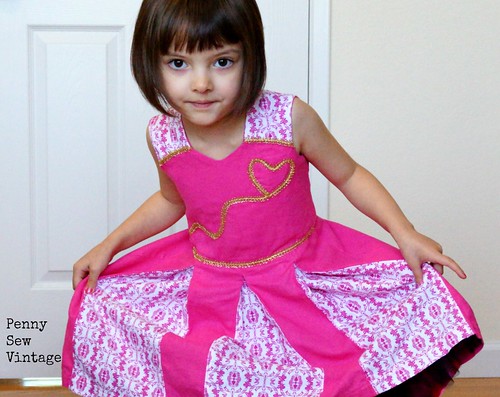 When I was testing the Raglan Party Dress for DbCA, I made my first test dress into a holiday “ornament” dress.  I knew there was an underskirt add on down the road that would make my girl’s dress really look like those ornaments my mom had when I was little!

The pocket and underskirt add on has finally been released, woohoo!  It’s fairly simple to add onto a dress that’s already been made, in case you’ve made one and want to add this to it.  I seam ripped my bodice lining, and that’s all I had to do to make it ready for the underskirt pieces.  I decided not to add the pockets though since my daughter isn’t huge about pockets. 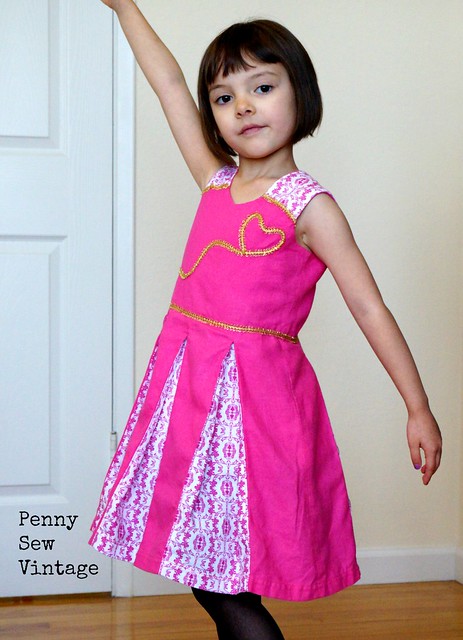 The construction is pretty simple, but let’s be honest, there’s nothing super fun about sewing tulle.  I love the way it looks when you’re done, but attaching it to the underskirt was a bit tedious, but tulle always is.  I recommend having a large table available while working on this too because it’s A LOT of dress 😉 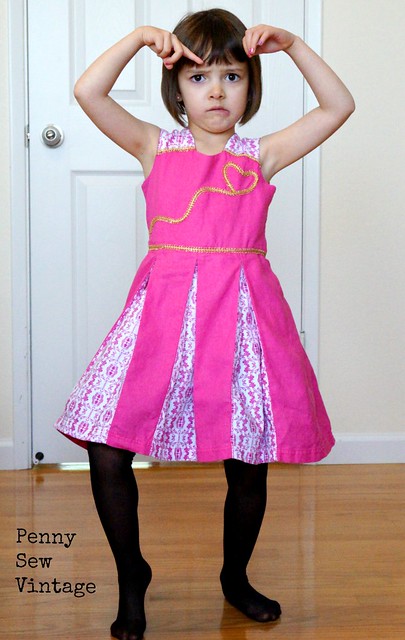 It’s so cute when it’s done though!  My girl was being silly and uncooperative about pics, but there’s a few to show off the contrast pleats. 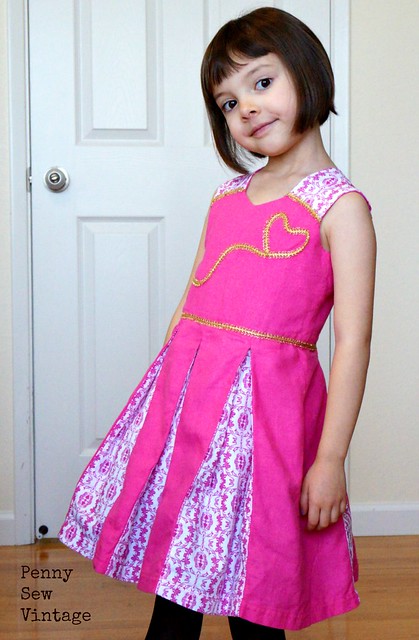 You can always add more tulle to make it poof out more, but she’s wearing it to a show and I want her to be able to see over her skirt when she sits down!  Also, you can always lower the tulle to show beneath the skirt’s hem if you choose to. 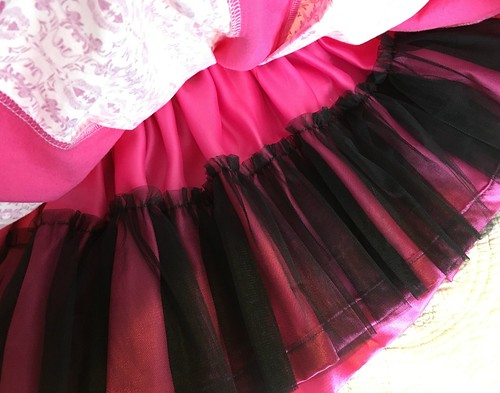 I used black tulle and decided I liked the look of it better just hidden above the dress’ hemline, pretty much in line with the underskirt lining piece.

A few things I want to mention about this dress though is that it’s the first test version, so the fit on the final and current pattern is different which I discussed in my previous post about this dress.  Also, I made this one using a pink linen which wrinkles like a SOB after washing and made pressing those pleats a horrendous nightmare.  I think I spend more time trying to press this thing than sew on the underskirt.

Anyway, my pics just don’t do this dress justice.  I also think my next version will have another inverted pleat at the sides since I won’t be adding pockets.  Maybe another holiday version?  Challenge accepted!